At high magnification, crystals may exhibit diffraction contrast. This can occur for one of two reasons:

As the sample is tilted it will change in appearance to darker or lighter contrast depending on how the beam is interacting with the internal lattice. When strong diffraction conditions are achieved, the image will appear darker as more electrons are scattered outside of the objective aperture. 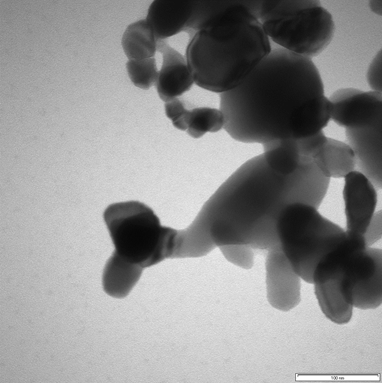