Energy Dispersive X-ray Spectroscopy (EDS, EDX or XEDS) is a qualitative and quantitative X-ray microanalytical technique that can provide information on the chemical composition of a sample for elements with atomic number (Z) >3.

An electron beam is focussed on the sample in either a scanning electron microscope (SEM) or a transmission electron microscope (TEM). The electrons from the primary beam penetrate the sample and interact with the atoms from which it is made. Two types of X-rays result from these interactions: Bremsstrahlung X-rays, which means ‘braking radiation’ and are also referred to as Continuum or background X-rays, and Characteristic X-rays.

The X-rays are detected by an Energy Dispersive detector which displays the signal as a spectrum, or histogram, of intensity (number of X-rays or X-ray count rate) versus X-ray energy. The energies of the Characteristic X-rays allow the elements making up the sample to be identified, while the intensities of the Characteristic X-ray peaks allow the concentrations of the elements to be quantified.

The detection limit of EDS analysis in the SEM depends on the composition of the sample being analysed, but is in the range 0.1-0.5 wt%. It is an effective technique for major and minor element analysis, but lacks the sensitivity for trace-element analysis. In the TEM detection limits of ~0.01-0.1 wt% can be achieved.

EDS is considered a non-destructive analytical technique, that is, the sample can be re-analysed many times. In reality, most materials will experience some damage under an electron beam, and some samples are particularly susceptible, e.g., clay minerals and glasses. No special sample preparation, other than that required to image the sample in the SEM or TEM, is required for qualitative analysis, but for quantitative analysis in the SEM the sample must be bulk, flat and polished.

As in SEM and STEM imaging, the electron beam can be rastered over an area of the sample to produce X-ray element distribution maps. 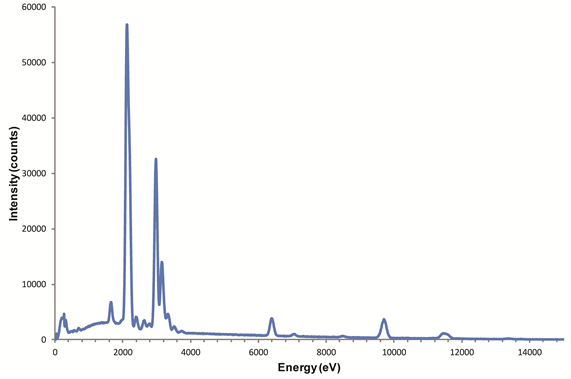 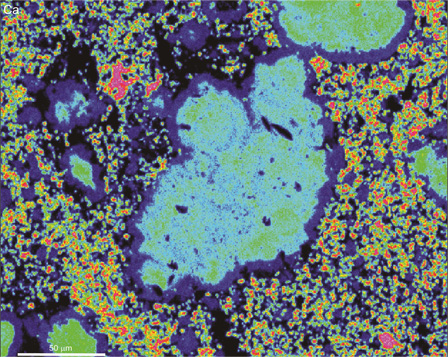 Quantitative analysis: concentrations of major and minor elements (weight percentages) in different phases in the sample can be calculated by comparison with standard reference materials.